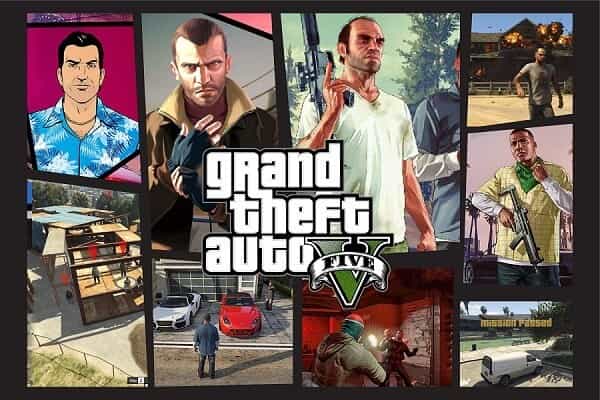 Cross-Platform Play is the ability to allow different players to play together while sharing the same online server regardless of the platform they are on. Many games do support cross-play, but there is still a long list of games that does not support it.

For example, you can play the same game on your Xbox with your friends who use any other console, like a PC. Besides, in a few cases, cross-platform support will also allow you to carry over your progress from one gaming console to another.

Grand Theft Auto 5 has been a widespread and popular game since 2013. There have been regular updates, and future content is already planned.  But with the consistent development, we have still have heard no news about cross-platform play with the next-gen consoles. Moreover, GTA 6 is now the new version of the game launching, and people are hoping they might introduce crossplay in it. But there is no announcement regarding it.

Cross-play was a problem when Rockstar brought GTA 5 from Xbox 360 and Ps3 to the current generation. The popularity of games increases to the next level due to cross-platform support, and optimistically Rockstar will add it in the next-generation games.

Therefore, here is all that you will find out about GTA 5.

Is GTA 5 a Cross-Platform?

The shortest answer to the question Is GTA 5 cross-platform? The answer is, No. The gaming consoles GTA V, PS4, XBOX ONE, XBOX 360, PS3, and PC all are separate platforms. PC players can not play GTA Online along with any PS5 players or any other combination.

Despite releasing so many versions and updates, you can still only play GTA 5 with your friends on the same system as you. Plus the fact, Rockstar is more concerned about selling copies of the game rather than working on introducing cross-play support.

But what we understand from their approach is that they utilize the availability of so many platforms and split their player’s base. GTA 5 is one of the top-selling games of all time, taking backstep from Minecraft and Tetris. We will probably never see the cross-platform in GTA 5, as rockstar’s apathy of the issue makes things understood.

About GTA 5 and Cross-Platform Play

Grand Theft Auto is an action and adventure game. It is a game in which players take the role of criminals and conduct their tasks across three cities. They will complete their mission to raise their set score and help them achieve their level; they can also do whatever they wish with this job.

People’s trend to download this game is increasing on Pc as it is one of the great online multiplayer games. Users might own the game on other gaming consoles like PS5 or Xbox. However, they cannot switch tPc’sprogress from any other platform; players have to play from the ground and play it again.

RARBG Proxy is recognized as one of the best torrent sites for downloading movies, TV shows, games, apps, and music. The Rarbg Proxy gives you access to the site. It provides you with the simplest means of downloading all of those products in high-resolution format. You can download any picture or video game for free and in the most user-friendly manner from the fantastic torrent websites.

Moreover, cross-platform play is a hot topic of discussion as it is already a part of popular games like Call of Duty: Modern Warfare Warzone and Fortnite.

Rockstar supports limited cross-platform progression in 2014, where PS3 and Xbox360 players can transfer their progress, although only one time. But even that support was ended by Rockstar back in 2007.

But years later, we still have not seen any sort of transfer program.

“On Tuesday, December 15, GTA Online raises the stakes once again with its biggest update yet: the Cayo Perico Heist, featuring an all-new exotic location and a brand-new approach to heist design that for the first time will let players tackle the entire heist solo or with a crew of up to three other players,” Rockstar said in an email.

“Along with the challenge of finding a way to infiltrate and rob one of the most secure private islands in the world, players can also expect new social spaces to party with friends, new world-class DJs, and radio stations with over 100 new songs, plus a host of vehicles and weapons, a heavily armed submarine HQ, Sw418 and much more.”

The standalone release of GTA Online will probably launch in 2021. Along with this, a new version of GTA 5 is optimized for PS5 and Xbox Series X/S.

To sum up, cross-current support is not possible. We don’t know yet if Rockstar will release cross-platform support in the future or not. It’s been seven since the release. If the Rockstar goal were to launch a cross-platform play, it would have happened early in the cycle or on its release. Therefore, if they will introduce it in GTA 6, it would be great. Fingers Crossed!