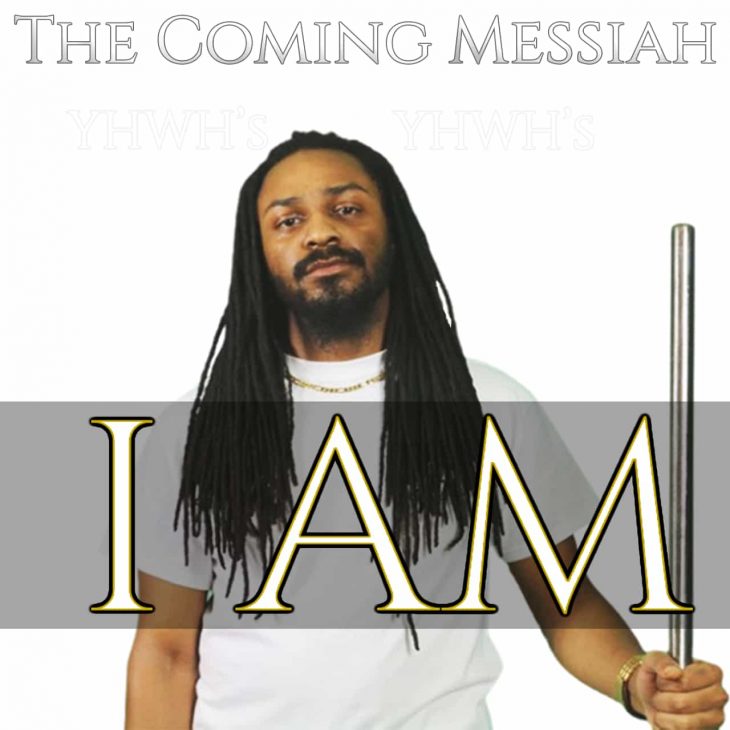 Shawn LaShay Armour, Jr. proclaims to be “The Coming Messiah”

Do you know Shawn LaShay Armour, Jr.? If not, first read this:

“I Am: The Coming Messiah, The Conqueror, The Ruler with a Rod of Iron, The Root of David, The Lion of Judah, The Lamb of God, The Lord of Lords, The King of Kings, The Faithful One, The True One and The Coming Son of our God, YHWH.”

This is what Shawn LaShay Armour, Jr. answered to the question about his story in an interview.

According to his biography on TheComingMessiah, he born on the 6th of June 1994. He said to be a follower of YHWH (Yahweh), and a follower of YHWH’s Law in The Torah. Building The Tabernacle is his primary objective to enter Heaven, The New Jerusalem, and to lead The House of Israel into Heaven with him.

He spent the majority of his childhood in the Atlanta metropolitan area. He grew up christian in a predominantly black, non-denominational church. He graduated from Georgia State University in August of 2019.

In 2012, he started working as radio host. At that time he used to call himself DJ Chino which he changes later. Then he joined the University’s radio station, WSSU 104.1FM and became the marketing direction of the radio channel. There, he launched Da Southern Kingz Radio Show.

In mid 2012 to early 2014 he pursued a Disc Jockey Career & radio hosting. In mid 2014 to mid 2020 he Continued his music career in Atlanta. In this period, During this time, he released his most successful mixtapes, DSK Radio Back Active and DSK Radio Bedroom Knockerz 2.

In the biography published on thecomingmessiah website, it is stated that he became aware of the purpose of his life to be “The Coming Messiah” in early 2020. And he also released a mixtape on 12th December 2020, The Coming Messiah’s Motivational Playlist and second one “Life So Far” on 16th January, 2021. The purpose of these tapes were to raise awareness of what he was trying to preach.

His Proclamation To Be The Messiah

In 2016, Shawn LaShay Armour, Jr. watched The Hidden Identity of African Americans by Brother Yahrushalm on Youtube. According to him, this documentary introduced him to the truth about his God, YHWH, and his ancestors, The Israelites.

In 2019, he started reading The Taurah. And in On February 20th, 2020, Shawn LaShay Armour, Jr., decided to make his first public acknowledgement of him being “The Coming Messiah” on his personal Instagram account.

He is also going to make a book The Coming Messiah’s Book of The Law which he proclaims will provide The House of Israel with a guide through The Law of YHWH (Yahweh), so they may have the directions they will need to enter The New Jerusalem, which is Heaven.

P.S: The ideology and the beliefs shared here are not endorsed by the Sparky Reads editorial team.