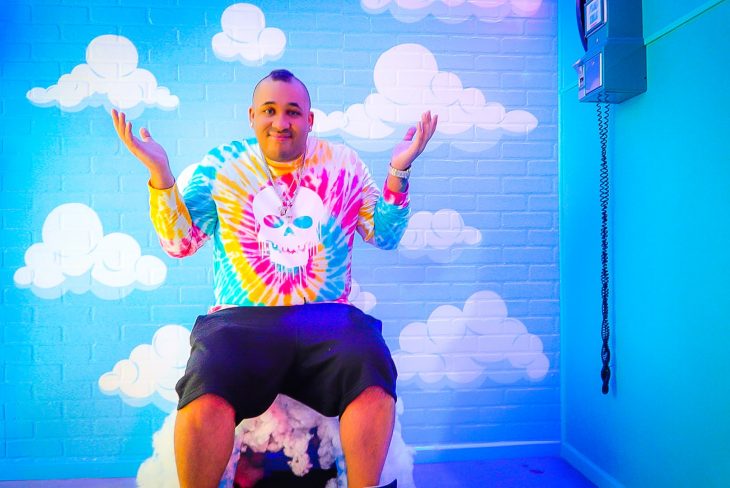 Nick Nittoli, songwriter & producer/artist for Warner Chappell Music Publishing is a guy who can truly do it all. He first grabbed some media attention back in 2011 when he was cast on a Bravo TV reality series called “Platinum Hit” with Kara Dioguardi, & Jewel.

He then began producing for artists such as Snoop Dogg, Neon Hitch, Bianca Ryan, French Montana etc. His songs eventually reached the top of the charts in multiple genres. In 2016 he had a hit with, believe it or not, Corey Feldman! Nick penned the edm track for Corey called “Go For It” Featuring Snoop Dogg and it hit the billboard charts for a couple of weeks.

Then in 2017 Nick co-wrote the song “Don’t Talk About It” By Fabian Mazur Feat. Neon Hitch (currently at 4.6 million views on YouTube ).

After that, Nittoli had enough credentials to get a publishing deal with Bump Into Genius/Warner Chappell Music Publishing and begin writing and producing his own artist project. It seems Nittoli may have learned something in all of his years as a songwriter and producer because his musical talents on his artist project are proof of it.

Nittoli ranges from genre to genre with ease. Making it look easy, Nittoli put out a country album, an r & b album, and a few hip hop albums all within less than 2 years. A veteran to the game, Nittoli is now focused solely on his artist project, putting out a minimum of 4 videos per month all of which he directed, edited, and performed in.

A true talent to say the least, 2021 has shown nothing but love towards Nittoli, dawning him with 3 top 40 singles on iTunes so far, we’re looking forward to seeing what’s up next for Nick. His latest single “Whistle” is a summer banger! This song makes you want to get up and dance, and its a new sound for Nittoli. “Whistle” ranges from a good Pittbull song to a Maroon 5 groove with a punchy kick drum that keeps you driving.

The music video is as colorful as Nittoli’s outfit, wearing nothing but rainbow and neon, but seems to have a childish feel to it. Nick is seen with giant watermelons in the video, and using a washer filled with money in a pink lit room. Seeming to have fun with his project, Nittoli looks on to the future where he eventually would like to see himself back on the charts or on the tv screen. We’ll be watching!