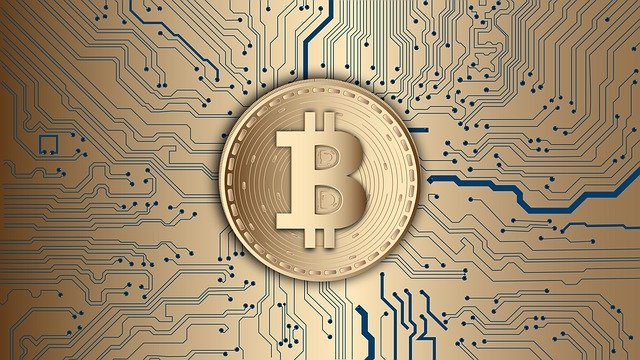 Cryptocurrencies like Bitcoin are part of many people’s exciting and lucrative new financial frontier. The value of cryptocurrencies has skyrocketed. Cheers to the growing popularity of Bitcoin and other virtual currencies. It is now estimated to be worth almost $2 trillion.

However, the cryptocurrency market is incredibly unpredictable, and it continues to be popular among criminals even as it grows more mainstream. Hackers have been requesting Bitcoin ransomware payments in recent months, citing the ease of transfer and lack of traceability as reasons.

There have also been numerous incidents of thefts and heists at cryptocurrency exchanges, where fraudsters made off with other people’s virtual assets. Even though the phenomenon is still in its initial stages, here’s what you should know. You might be exposing your cryptocurrency wallet to hackers. Here’s how to keep yourself safe.

First, it’s critical to comprehend the many varieties of wallets available. If you opt to buy cryptocurrencies, you can store your funds in either a non-custodial or a custodial wallet. It’s a personal preference decision with both advantages and disadvantages.

Online wallets in Online wallets include paper wallets as well. They’re generated through web systems like BitAddress and Wallet Generator. These apps create printable Bitcoin addresses and private keys. The CryptoHex wallet takes things a step further. Instead of publishing the critical information on paper, this service writes or punches it on a metal strip.

Use a desktop wallet as an alternative. They are not in any way connected to the internet. They may not be as secure as the other options, however, because viruses exist that are designed to retrieve information from these wallets.

How to Keep Your Money Safe

Be careful of cybercriminals in the space, regardless of where you store your cryptocurrency and private keys. Sim swapping is a common scam, though there are many others. Hackers employ various techniques, many of which appear to be lucrative.

Some people succumb to these tactics due to a lack of awareness, which tends to be harmful over time. Many people have been hacked and lost everything from their digital assets due to irresponsibility or other factors. However, staying safe from these hackers is not impossible. We can now discuss strategies to secure yourself to understand how hackers gain access to bitcoin wallets. There are a few things for doing so listed below.

Hackers have found a method to enter phones since people began to use them for everything. So you should be aware of the programs you utilize on your mobile devices. Some applications frequently spy on their users, and hackers can access your keys anytime you type them into a browser.

All Desktops and portable devices that run wallet software should employ two-factor authentication. Biometrics such as fingerprints or a Passcode should be necessary to open smartphones. Antivirus software should be installed on all devices to protect against phishing attacks, bogus websites, and malware. Because they need physical interactions to confirm transactions and never divulge the keys, hardware wallets are more secure than software wallets.

Stay Away From Unregulated Exchanges

Keeping cryptocurrency holdings on an unregulated exchange is irresponsible. In many circumstances, the people in charge are nameless and faceless. Their security measures are frequently not up to par with regulated ones. This means that if monies are misplaced, there will be minor consequences. The majority of regulated exchanges are based in the United States. If you are interested in bitcoin trading, visit https://bitcoin-buyer.app/.

Use A Non-Custodial Wallet

If your crypto holdings are lost, you may lose them. Some users scribble their keys on a piece of paper, but using a hardware wallet is the ideal choice. They add an extra degree of security against phishing sites, cyber-attacks, and malware, and accessing the private keys is as simple as entering a pin. Some hardware wallets contain a multi-signature feature that uses multiple keys for additional security. Those who are inquisitive can receive the keys.